In 2018 police arrested a man outside a county courthouse when he got into what police had found to be a stolen vehicle. Officers had noticed the car when one of their ALPRs or Automatic License Plate Readers had alerted them that the vehicle was reported stolen. Following protocol, they simply stayed within reach and when the operator returned and tried to get into the car he was arrested. It just so happened that he was returning from a date inside the courthouse itself over a previous arrest for grand theft auto. The truth is that there are more stolen cars out on the road than most people realize.

Accidentally buying one of them is a serious matter and it’s vital that you avoid it if at all possible. Sometimes though mistakes happen. To add to that likelihood, criminals are happy to forge documents and anything else they can to convince others that what they’re selling is the real deal. One police department was quoted as saying “we see about 4 people a week try to register stolen cars they’ve been sold”.

Criminals can also take advantage of loopholes too. For instance, rental car companies won’t report a vehicle is stolen until 30 days after the end of the last contract on the car. That means that someone can forge documents, rent a car, drive it to another city or state and then sell it with more forged documents that make it seem legitimate. In these rare cases, the car won’t come up as stolen because it hasn’t been reported as such yet.

With so many online marketplaces available today from Facebook, to craigslist and others, thieves have more methods for pedaling their product than ever before. Fake accounts can be made in minutes and what may seem like a sincere and legitimate transaction can leave your bank account many thousands of dollars lighter. Let’s just say though that despite your best efforts you’ve just bought a stolen vehicle. What does your future look like? How can you handle a poor situation in the best way? How can you avoid it entirely?

What Buying a Stolen Car Means For You

When you buy a stolen car you’re likely not going to get very far before you find out about it. If you’re caught on the road with the vehicle by police it’s highly likely that without the documents and perhaps digital proof of your interaction with the seller, that you’re going to jail. The authorities will assume that you were the thief and you’ll have to present evidence that you were also a victim.

If you go to the DMV you’ll likely be stopped as soon as the department realizes that the vehicle you’re there to see them about is stolen. One woman reported being held for more than 4 hours at a DMV while the police secured the vehicle and questioned her. In her case, she wasn’t arrested because it was clear, thanks to her documentation, that she was, in fact, attempting to follow through on what she thought was a totally legal purchase. What made the situation worse though is that she had waited till near the end of her grace period for getting the car registered. That leaves the criminal with the most time to cover their tracks and disappear into the wind.

What Happens To The Car?

Sadly, no matter how well the police may treat you and no matter how innocent you are, the car you spent your hard-earned money on is going to go back to its rightful owner. The first step police will take will be impounding it as it will be considered evidence as a part of the investigation so until you’ve registered the car we recommend a few things.

First, don’t do any work on the vehicle at all. Many people, including the woman mentioned earlier, have spent thousands after the initial purchase to attend to issues with the car or add things like tint just to see those additions bear no fruit when the car is taken away. If those folks were fortunate enough to get their sale price money back they’re still going to be out for anything they spent on the car itself once the sale happened.

Second, don’t leave anything of high value in the car until it’s licensed. If impounded you’re going to be stuck without those belongings. In connection with that, some criminals will keep an extra key and then steal the vehicle back again with whatever you left in it to keep for themselves.

Finally, be mindful of how you interact with law enforcement as you don’t want to draw any undue attention to yourself when it comes to the interaction. More often than not they are happy to help in any way they can once they understand that you didn’t have anything to do with the actual theft of the vehicle. That attitude is at their discretion though. But let’s take a look at what you can do to avoid all this hassle.

How to avoid it entirely

Running a VIN History report is a surefire way to limit your risk. Most authorities update this information within 24-48 hours of it being reported. In the vast majority of states, reporting a stolen car is a completely digitized process and there’s an active investigation going on, so it’s rare to see a report that won’t reflect that status within the 48-hour window. Here’s the definitive guide on how you complete a VIN check.

Seeing the physical title for yourself is vital whenever possible. Forging a title is a complex and time-consuming process that most thieves won’t expend the energy and resources to complete. They’re after the easiest and quickest sale possible. They don’t want to provide any more documentation than they have to because they know it may lead authorities back to them.

As mentioned above, there are rare outlier cases where additional steps may be needed to eliminate risk. If the seller is offering a car that is a typical rental car and it’s in exceptional shape with few options(as most rental cars are), you may want to dig deeper by taking the car to a DMV inspection station.

You can take confidence into any deal though with this simple process. 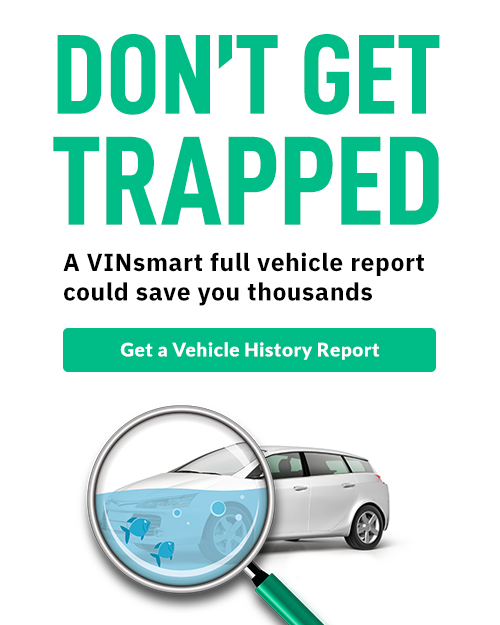